The Lukianivka civil cemetery is one of the oldest necropolises of Kyiv; it was founded at the early 1970s.
2
2 Like
Google Maps
Add to trip

The Lukianivka civil cemetery is one of the oldest necropolises of Kyiv; it was founded at the early 1970s.

At first at this graveyard were buried representatives of the poorest strata of population, the patients without kith or kin that had died at the Degtiarivka hospital, and the soldiers of the nearby garrison. In 1898 this burial-ground got the status of Central cemetery, and after that on its territory were buried and prominent citizens of Kyiv; the Ukrainian nobility, the leading lights in science, culture, and education, the clergymen. Their names are the glory of Ukraine. The history of the Lukianivka cemetery has the tragic periods as well: in 1918-1919 here were buried hundreds of innocent victims of the armies commanded by Muraviov and Denikin, and in the 1930s, in the large common graves – thousands of repressed victims of the Soviet regime and its chastisers from the NKVD. The burials of the participants of several wars of the late 19th-20th centuries have been preserved here till now. Translated to this cemetery were the remains from the destroyed Kyiv graveyards located at the “Askold’s Tomb” Park, the Convert of St. Mary the Protectress, and other cloisters. 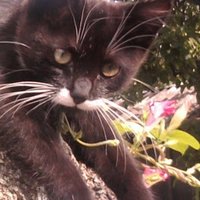 Convent of the Virgin Protectress

Literary and Memorial House-Museum of Taras Shevchenko (“House in Priorka”)

Museum of Contemporary Arts of Ukraine

National Museum of Medicine of Ukraine